3 Unexpected Cybersecurity Lessons We Can Learn From Our Cats 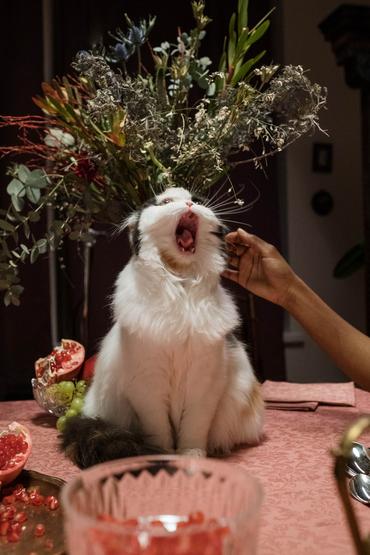 What do cats know about security? Not a lot. But that doesn't mean they can't teach us a thing or two.

Show of hands — who’s made it this far into the pandemic without adopting a pet (or at least thinking about doing so)?  If you’re not among that number, don’t feel too bad. Per Frontiers in Veterinary Science, public interest in pet adoption saw a huge surge during the early months of COVID-19, while Bloomberg reports that many shelters in New York were running out of dogs and cats.

For many, their pet, whether recently adopted or a longtime companion, has been the only thing keeping them sane. But our furry friends, cats, in particular, can do much more than offer sorely-needed emotional support. They can also teach us a thing or two about cybersecurity.

Just hear us out on this. See, cats are consummate predators. They’re sneaky, cunning, and very skilled at getting what they want, far more so than dogs.

In other words, they’re the perfect case study in cybercrime. Or maybe we’ve finally lost it. Either way, here are three things we can learn about cybersecurity from cats.

Prior to coming home with a new furry friend, common knowledge holds that you should ‘cat-proof’ your house. Shield any cables the cat might decide looks like fun chew toys, lockdown windows and cabinets, and put away anything that might be harmful to the cat.

It is better to deal with any potential issues before they cause a problem (and potentially result in a pricey vet bill).

Similarly, proactive security measures such as security awareness training, advanced threat detection, and automated network monitoring can go a long way towards preventing an attack (or mitigating the attack if it does happen.)

Knowing Your Assets is Half the Battle

Cats are, for the most part, notorious thieves. Some of them are content to make off with small trinkets and baubles, like earrings, keys, and coins. Others, however, think bigger.

They want food — specifically, yours. Sometimes, anyway. In addition to being a little greedy, cats also tend to have very bizarre tastes, habits, and fears.

They may, for instance:

Knowing what your cat is interested in and what motivates them can help you figure out a game plan to prevent the furry little bandit from making off with something they aren’t supposed to. Similarly, having a clear idea of your business’s most sensitive and valuable assets allows you to determine where a criminal is likely to strike if they attack your business. And by knowing where you’ll be attacked, you take a significant step towards preventing those attacks.

They Always Strike When You Aren’t Looking

Negative reinforcement doesn’t work on cats where training is concerned. Whereas a dog might realize that a particular behavior always results in yelling, the cat will simply learn that it can’t act that way if you’re in the same room. If you’re out of sight, though?

All bets are off.

The parallel to cybersecurity should be self-evident. Criminals are always looking for new exploits to leverage, new threat surfaces to target, and new tactics to abuse. They strike when, where, and how a business least expects it.

Cats are fascinating creatures, to be sure. At once endearing and infuriating, independent yet needy, devious yet weirdly compassionate. A study in contrasts — but one that can teach us a great deal if we only know where to look.